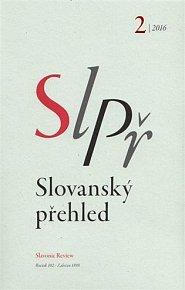 Z obsahu:
KOTOV Viktor
Počátky sokolského hnutí v Moskvě (konec 19. a počátek 20. století)
s. 179-204
Beginnings of the Sokol Movement in Moscow (End of the 19th and Beginning of the 20th Century)
This article examines the history of the Moscow Sokol movement at the end of the 19th and beginning of the 20th century. The Sokol movement in Russia is here conceived as an example of translating a cultural practice from a Central European to East European environment. The Sokol movement originated and evolved in the Czech lands under very different historical and social conditions than those of that time in Russia. Assimilation to the different environment necessarily required implementing certain modifications. A milestone for the Russian Sokol movement was the founding of the First Russian Gymnastics Society in Moscow in 1883, which gradually transformed into a genuine Sokol club. Certain personalities had a crucial influence upon these developments. Starting in 1891 František Olšaník was the leader of the gymnastic organization in Moscow, and Ferdinand Karel Šnepp took over after him in 1901. It was these two who introduced many of the truly Sokol elements into the Russian gymnastics organizations. However, they did not manage to impress upon them all of the characteristics of Czech Sokol, nor did the groups taking shape in Russia even bear the name of Sokol. The Krajanský Český kroužek [Czech Compatriots? Club] that was founded in 1902 also still did not have the word Sokol in its name, though it had much in common with the Czech Sokol movement. The era of the Sokol movement?s heyday in Russia came after the revolution in 1905, and it was associated with social transformations and with neo-Slavism.
Key words: Sokol movement, Moscow, Russian Empire, Czech-Russian relations, Slavism.

VORÁČEK Emil
První kroky poválečné rekonstrukce a hospodářské obnovy v Československu v létě 1945
s. 205-247
The First Steps of Postwar Reconstruction and Economic Renewal in Czechoslovakia in 1945 In this study the author concentrates on several heretofore relatively less-studied topics from the period of postwar reconstruction of the Czechoslovak economy. The focal point of the research is on the period immediately following the country?s liberation; that is, roughly from May until July 1945. The renewal of the economy was complicated by the need to immediately, and in parallel, solve many problems which would otherwise have had to be taken one by one. It was necessary to master a situation that was near to chaos, and doing so was also a political task of the utmost importance. The most pressing issues were reconstruction of the transportation infrastructure, supplying materials and fuel for renewing manufacturing, and providing for functional transportation, construction and specialized engineering technology. At the same time, processes were taking place to prepare for the complex renewal of the national economy, which later became the content of a two-year plan. The structure of the mechanisms for the new economic policy was given shape, and a great degree of nationalization, or, to be more precise, socialization was planned for in industry and banking.
Key words: postwar reconstruction, economic renewal, war damage, concept of renewal

KASHAPOV Timur
Československo-sovětská hospodářská spolupráce v první polovině 80. let 20. století
s. 249-276
Czechoslovak-Soviet Economic Cooperation in the First Half of the 1980s
The period of 1980-1985 is considered the climactic phase of cooperation between Czechoslovakia and the Soviet Union after 1968. In this contribution the author focuses on analysis of the content of commercial and scientific and technical cooperation between these countries.  Utilizing newly-accessible sources from the archives of the Russian Federation and Czech Republic, he confirms the existence of a well-developed contractual, commercial, and scientific-technical basis for their mutual relations. The advantage of bilateral cooperation mainly inhered in the favorable structure of trade relations when the economically and technically advanced Czechoslovakia exported its machinery and consumer products to the Soviet Union, which was rich in raw materials, and exchanged them for cheaper materials and semi-finished products. The relatively successful scientific and technical cooperation was, however, confronted with the ineffectuality of applying its results in practice, which manifested in the ongoing backwardness of the economies of the ČSSR and USSR behind the advanced western countries, and the inability to convert into an intensive model of economic growth, which would have been necessary to achieve the higher standard of living prevalent in those lands.
Key words: Eastern bloc, socialist Czechoslovakia, Soviet Union, trade, scientific-technical cooperation

MOSKOVIĆ Boris
Srbská otázka v Chorvatsku v letech 1989-1990
s. 277-309
The Serbian Question in Croatia in 1989-1990
This study focuses on the evolution of the Serbian question in Croatia from the first manifestation of political and social actuation of the Serbian community in Croatia at the beginning of 1989 until the nadir in Croatian-Serbian relations at the end of May1990. The most important theme tracked here is the transformation of the moods and opinions of a large percent of the Croatian Serbs, which, in the period analyzed, underwent a fundamental transformation. The author primarily pays heed to the circumstances and causes for this process, which is contextualized within the wider Yugoslav crisis. Both the leaning of a significant percent of the Croatian Serbs away from the communist system, and the first months of activity of the oppositionally-inclined Serb Democratic Party (SDS) led by Jovan Rašković (1929-1992) are described in detail. The crux of the study is its analysis of the growing support for the nationalist ideas in the political preferences of the Serbian community in Croatia. The study is based upon detailed research into news articles on the pages of the leading Croatian periodicals (Vjesnik, Slobodna Dalmacija, Večernji list, Danas, and Start).
Key words: Serbs in Croatia, Serb Democratic Party, Jovan Rašković, Yugoslav crisis, ethnic relations

Materiály a dokumenty / Contributions and Documents
KALETA Petr
Rodné lokality českých a slovenských Karaimů v carském Rusku z přelomu 19. a 20. století
s. 311-334
Birthplaces of Czech and Slovak Karaims in Tsarist Russia at the Turn of the 19th and 20th centuries
Russian and Ukrainian emigration in the 1920s had a considerable influence on the development of culture and science in interwar Czechoslovakia. Among the ethnic and religious groups of this emigration were also the Turkic Karaims [also known as Crimean Karaites or Krymkaraylar], of whom, according to our findings, there were 56 who had come to Czechoslovakia by the end of the Second World War. We were able to determine the birthplaces of all of these emigrants and classify them into the corresponding Russian governorate. The analysis shows, that the greatest number of them were born in the Taurida governorate (29 persons). Among the individual localities, the Crimean city of Yevpatoria, from where 9 Czechoslovak Karaims had come, was the most frequent. Some of these people settled permanently in the Czechoslovak Republic and the work done by many of them, such as Michail Ajvaz, Andrej Karakoz, Michail Katyk, and Sinan Borju, greatly contributed to the development of Czechoslovak science and culture.
Key words: birthplaces, tsarist Russia, Karaims, Russian emigration, Czechoslovakia