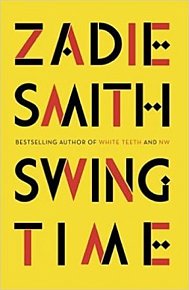 Book of the Year 2016: 'Brilliant' Guardian 'Superb' Financial Times 'Virtuosic and breathtaking' Times Literary Supplement 'There is still no better chronicler of the modern British family than Zadie Smith' Telegraph SHORTLISTED FOR THE NATIONAL BOOK CRITICS CIRCLE AWARDS 2017 An ambitious, exuberant new novel moving from north west London to West Africa, from the multi-award-winning author of White Teeth and On Beauty Two brown girls dream of being dancers - but only one, Tracey, has talent. The other has ideas: about rhythm and time, about black bodies and black music, what constitutes a tribe, or makes a person truly free. It's a close but complicated childhood friendship that ends abruptly in their early twenties, never to be revisited, but never quite forgotten, either...Dazzlingly energetic and deeply human, Swing Time is a story about friendship and music and stubborn roots, about how we are shaped by these things and how we can survive them. Moving from north-west London to West Africa, it is an exuberant dance to the music of time. Praise for Zadie Smith: 'Smith is the most naturally gifted young novelist around - with a fastidious ear for dialogue and a lethally quiet comic touch. Above all, she can move us' Times Literary Supplement '[Smith] packs more intelligence, humour and sheer energy into any given scene than anyone else of her generation' Sunday Telegraph 'Her dialogue sings and soars; terse, packed and sassy. Smith is simply wonderful: Dickens's legitimate daughter' Independent on NW 'Captivating. Funny, sexy, weird, full of acute social comedy. [Zadie Smith] is up there with the best around' Evening Standard on NW 'Intensely funny, richly varied, always unexpected. A joyous, optimistic, angry masterpiece. No better English novel will be published this year' Daily Telegraph on NW 'Exceptionally accomplished...Smith displays a remarkable talent for embracing all the possibilities of language, and time and again she produces images that shout out in their brilliance...An outstanding novelist' Observer on On Beauty 'Like Forster, Smith possesses a captivating authorial voice - at once authoritative and nonchalant, and capacious enough to accommodate high moral seriousness, laid-back humour and virtually everything in-between' New York Times on On Beauty